A Guide to Platinum & Palladium

Evoking the highest level of exclusivity, Platinum and Palladium share the great distinction of being rarer than both Gold and Silver. Their rarity makes for the most expensive of metal-based jewellery, and only a privileged few will ever have the pleasure of owning such pieces.

In this guide, we will be looking into the defining characteristics of Platinum and Palladium, their history, and the aspects to consider when buying and maintaining such jewellery.

Platinum is a shiny, silvery white chemical element. Its name is derived from the Spanish phrase “platina del pinto”. This translates to “little silver from the Pinto”, as conquistadors called the metal that resembled silver found in a river in Colombia. It is exceedingly rare, with the total amount mined every year being 15 times less than that of mined gold.

Platinum is highly malleable and ductile while also being incredibly durable. Tarnishing and corrosion are not at all concerns for those wearing it as jewellery.

As a transition metal, it can easily be alloyed with other metals. Its immense density is six times that of a diamond, factoring heavily into its expensiveness. Named after the asteroid Pallas (which was named after the Greek goddess Pallas Athena), Palladium has plenty of similarities to Platinum. It has a silver-white lustre and it is extremely rare. It also has a high malleability and ductility which makes it suitable for jewellery-making. It does not tarnish in a normal atmosphere.

The reason for these commonalities is that both Platinum and Palladium fall under the larger Platinum group of metals. Palladium, however, is the least similar to what we call Platinum in this spectrum, as it is the most reactive and least dense of the group.

A Brief History of Platinum and Palladium

The first known use of Platinum dates back to Ancient Egypt. Around 1200 BC, the Nubian Kingdom had gold jewellery with traces of Platinum that were later found in their royal burial sites. A copper alloy box with hieroglyphics from 700 BC was made with a gold and Platinum alloy. 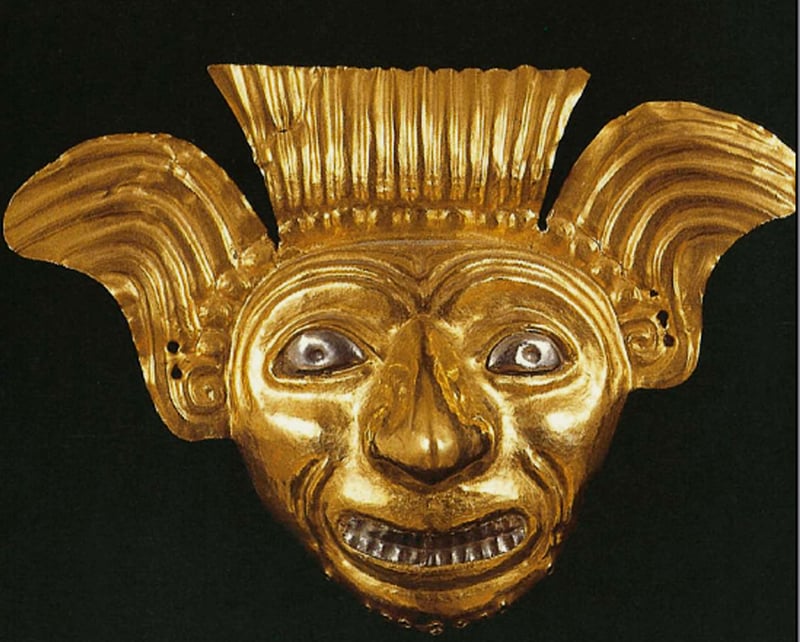 South American civilisations from around 100 BC showed deftness in the use of Platinum in crafting masks, nose rings, and earrings.

Julius Caesar Scaliger made the first European reference to Platinum in 1557. Spain’s ventures into Colombia at the end of the 16th century had conquistadors dismiss Platinum as “little silver.” It was only in the 18th century that interest in the “unmeltable metal” increased, starting with Antonio de Ulloa’s report of the new metal from Colombia in 1748, then William Brownrigg’s introduction of Platinum to the Royal Society in 1750.

Pierre Francois Chabaneau’s powder metallurgic method was a breakthrough in malleable Platinum production in 1783. Since he was working in Spain, Chabaneau was given a laboratory by King Carlos III in 1786 to aid in Platinum refinery, being sworn to secrecy regarding the process. This led to Spain’s Platinum Age, lasting from 1786 to 1808. 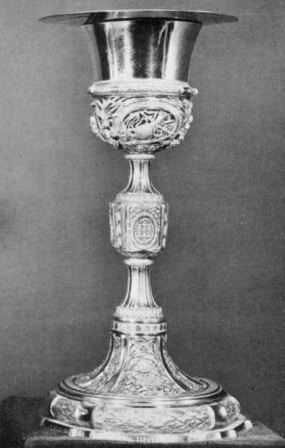 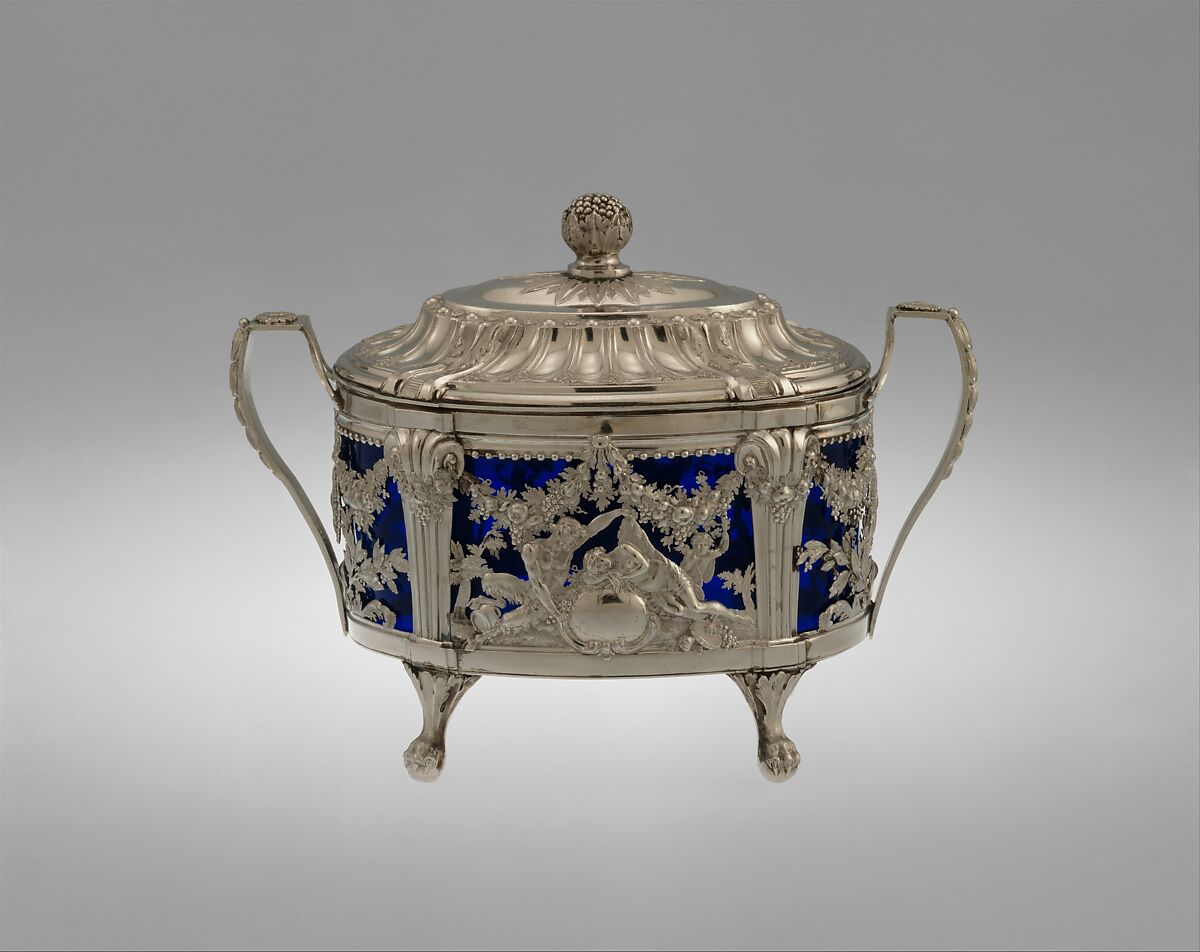 William Hyde Wallaston, in a partnership with Smithson Tennant, sought ways to make Platinum production viable. Wallaston would end up discovering Palladium in 1802. His research also led to a career in producing Platinum for crucibles and guns.

Platinum only became popular in jewellery during the end of the 19th century in the Victorian period, thanks to the invention of liquid oxygen. Through the engineering work of Edmond Fouché and Charles Picard, the oxyacetylene torch was created and allowed for the crafting of solid Platinum jewellery. It was the Edwardian Period when Platinum gained its reputation as the metal of choice by jewellers and connoisseurs for the intricate designs that could be made with it.

World War I diverted the use of Platinum mainly into arms manufacturing. Art Deco saw its revival, much in part to the discovery of the Merensky Reef in South Africa, the world’s largest Platinum deposit.

World War II set back production once more for similar reasons as the previous great war. Palladium served as the Platinum substitute for jewellery bands during this period. 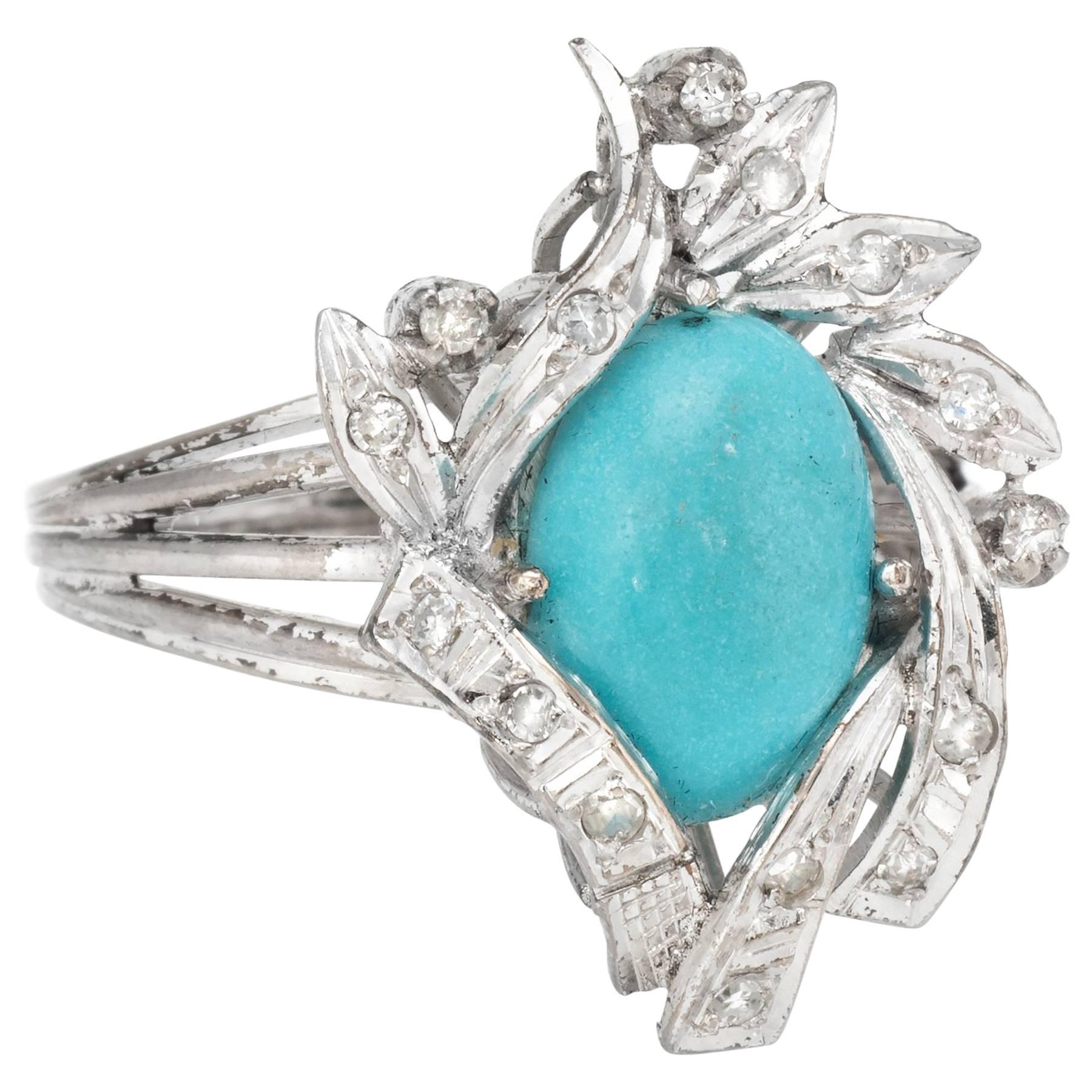 After the war, Platinum slowly reclaimed its position as the premier metal for jewellery in modern times. Palladium was generally alloyed with gold to make “white gold” jewellery until 2004 marked a significant rise in the cost of Platinum.

Legitimate Platinum and Palladium jewellery pieces often have hallmarks engraved in a discrete location. In modern pieces, there should be hallmarks for the maker, fineness, and the assay office responsible for testing. Fineness hallmarks indicate the purity of the metal.

Marks saying “Platinum”, “Pt”, or “Plat” must have at least 95% Platinum. No Platinum marks mean there is less than 50% Platinum in the piece.

Platinum jewellery can be alloyed with Palladium, iridium, rhodium, cobalt, and copper. Even with the mixture of metals, most Platinum jewellery outweighs most gold jewellery. At 90% purity, a common Platinum piece is about 60% heavier than a common 14ct gold piece with the same dimensions, which translates to a higher price. Compared to other white metals like “White Gold” and Silver, Platinum and Palladium items are superior in terms of purity and durability. White Gold requires regular re-plating to keep from yellowing, and it can trigger allergic reactions due to the presence of nickel. Silver tarnishes and loses its shape through wear and tear.

The patina that develops on the surface of Platinum jewellery is desired as a sign of authenticity, but it can also be cleaned up with professional polishing. 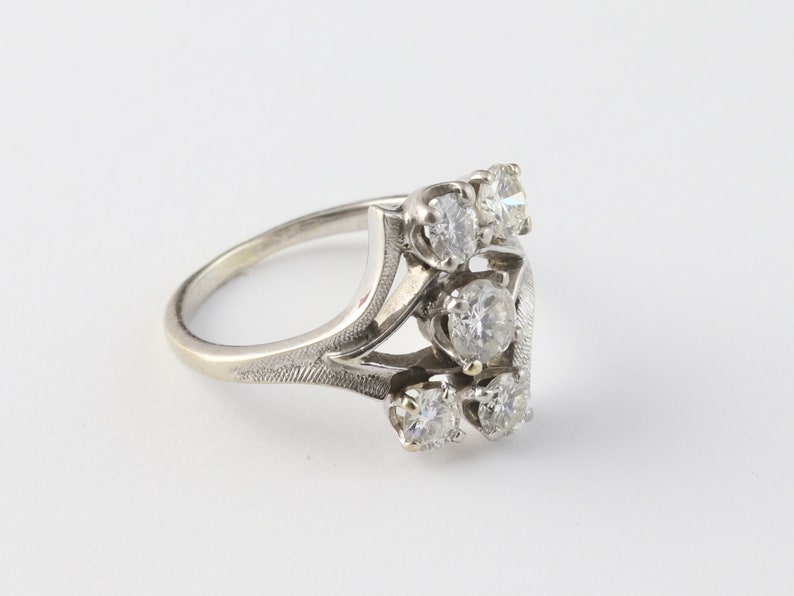 1950s Palladium gold ring with diamonds (Source: Etsy)
Both Platinum and Palladium match perfectly with Diamonds. Their white lustre enhances the brilliance of the stone, and their hardness keeps it secure.

Because both metals are very durable, maintenance is simple. With a soft brush or cloth, gently rub non-abrasive jewellery cleaner or warm water and soap to get rid of small scratches. An ultrasonic cleaning tool is also safe to use.

Store your pieces separately in a cloth bag or lined box to prevent scratching, both on the pieces and on other jewellery.