Peridot has an up and down history, including being confused with Topaz and Emerald, simultaneously having its value diminished and unintentionally appreciated with this mislabelling.

This olive-green gemstone is one of the oldest known and prized gemstones, with the Ancient Egyptians calling it “the gem of the sun.”

What Makes a Peridot

Peridot is the gemstone version of the mineral Olivine. Olivine is a common mineral that is often found in the Earth’s upper mantle and can be sent up to the planet’s surface by lava flow and earthquakes. The origins of Peridot make them special like Diamonds, in that both gemstones are not formed on the Earth’s crust like almost every other gemstone.

Peridot has also been found in pallasite meteorites—residual space rocks from the Big Bang—making the gemstone as old as the universe itself. However, Peridots from such sources are too rare and small for jewellery use. 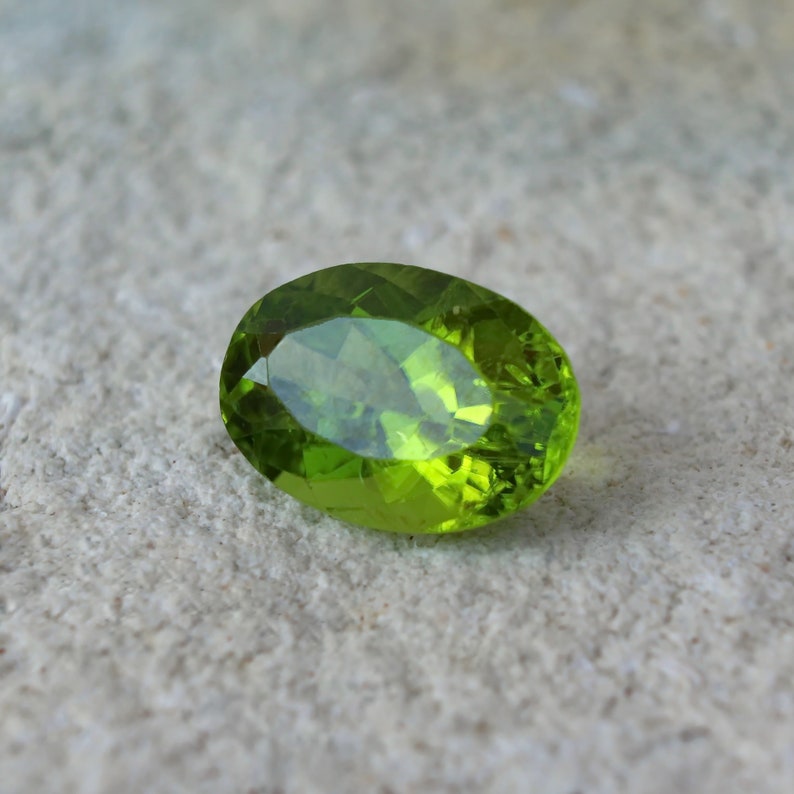 Olivine contains significant amounts of magnesium and iron. Iron is what gives Olivine and Peridot gemstones their yellow-green colour. The higher the iron content the greener the stone. This characteristic also distinguishes Peridot as one of the handful of gemstones that only has one colour. Peridot, however, has a variety of green shades, ranging from yellow-ish to brown-ish to pure green, depending on its iron percentage.

Peridot can be identified by the doubling and fuzziness effects it has when light passes through it. Its cloudy inclusions might appear as lily pads or lotus leaves with intense magnification. It has a Mohs hardness of 6.5 to 7, so it is as durable as a Quartz gem, but still susceptible to scratching, chipping, and stress fractures.

Another name for Peridot is “the Evening Emerald” because of how it shines even at night and in artificial light.

Where Peridot Is Mined

The primary source for Peridots today is the San Carlos Apache Indian Reservation of Arizona in the United States. New Mexico and Hawaii are where other major mining operations for Peridot occur in the US. Peridot crystals in these places mostly turn out to be small gemstones. 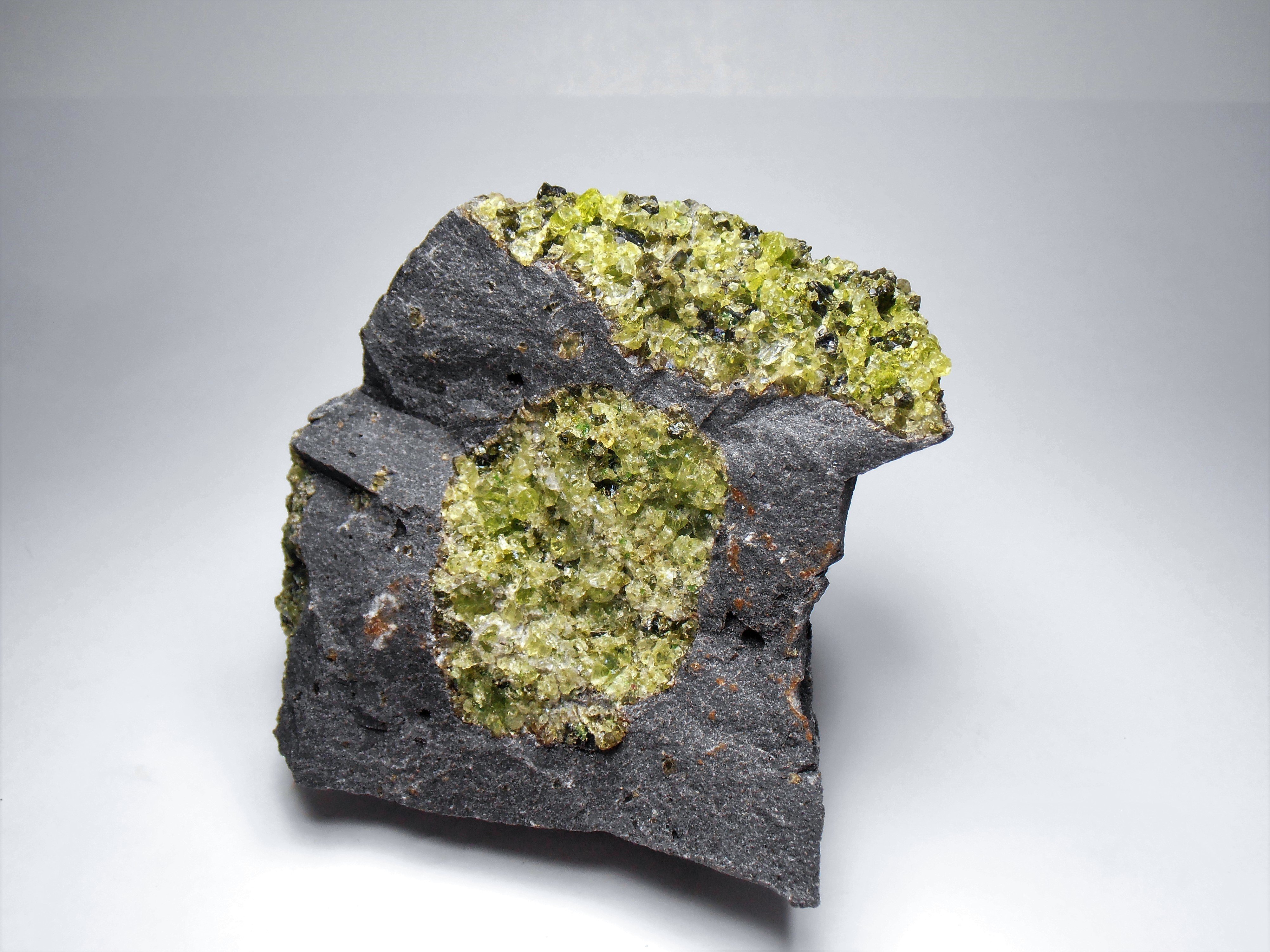 Zabargad, Egypt was the ancient world’s main Peridot mining location. It is located in the Red Sea and also referred to as St. John’s Island. Since fog is known to blanket the area, it was hard to find for travellers of old. The island was actually lost to humanity until 1905. Rich, medium green Peridots were taken from Zabargad, which now lies empty of Peridot deposits.

For the biggest Peridots that measure in the hundreds of carats, Myanmar stands out. Such high-value gemstones are found near the city of Mogok and by Kyaukpon mountain. Peridots from this area are dark green, oily, and transparent. In Ameklovdalen, Sondmore in Norway, Peridots have much less iron, which then produces lime-green gemstones. They are rarely cut in sizes over five carats.

The History and Significance of Peridot

The earliest known use of Peridot goes back to the time of Ancient Egypt around 1500 BC on the island of Zabargad. On this Red Sea island shrouded by fog and filled with snakes, miners were under orders by Egyptian pharaohs to extract these gorgeous green gemstones. 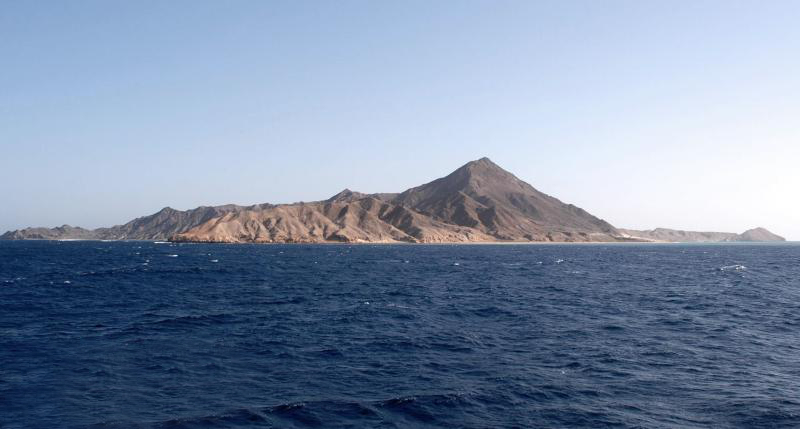 The Ancient Greeks would call this island Topazios, and thus led to the labelling of the stones as Topazes. Another name the Greeks used for the gems was Chrysolite or “golden stone” for their radiant yellowish hue.

Both names turned out to be incorrect, as advancements in gemology would reveal Topaz and Chrysolite as distinct minerals.

Experts disagree on the etymology for “Peridot.” Some believe it to be from the Arabic word “faridat,” which translates to “gem.” Others believe the name comes from the French-influenced Middle English word “peritot,” which means “gold.”

The confusion over what exactly was deemed as Peridot has led some historians to believe that Cleopatra’s famed collection of Emeralds was actually a collection of Peridots. The 200 carat green gems on the Shrine of the Three Kings in Cologne Cathedral in Germany were once thought to be Emeralds, but have been determined to be Peridots.

The Shrine of the Three Kings in Cologne Cathedral
(Source: Wikimedia Commons)

Topazios—or Zabargad as it is called today—was mined of its Peridot for over 3,500 years. By 1958, the island halted its production of this gemstone.

In between that period, Peridot was found across the Middle East. The Crusades during the Middle Ages had Europeans bringing home Peridot and using them as ornaments in holy vestments.

Mystical powers were attributed to Peridot from ancient to medieval times. The gems were used as talismans to ward off anxiety and night terrors. To harness their full power, Peridots were set in gold. These precious stones were also believed to aid in relationships, dispel enchantments, cure asthma, relieve thirst brought on by fever, enhance vision, remove envy, and bring happiness.

Peridot follows the four C’s when determining the quality of a gemstone: colour, clarity, cut, and carat.

While the choice of colour ultimately comes to the customer’s preference, there is a general rule that dictates the estimated price of a Peridot. The purer and richer the green of the gemstone, the more valuable it is. Getting down to numbers, the expensive dark olive-green Peridots typically have less than 15% iron content.

Eye clean Peridots, meaning those that don’t have inclusions immediately apparent to the naked eye, are what you should look for. Visible dark spots and a soft look reduce the price of a Peridot. Also, beware of cracks or chips before buying, since Peridots are relatively fragile.

Peridot can be cut in so many different ways and still look good without sacrificing its value—an advantage to being affordable compared to the most popular precious gemstones. Just avoid poor native cut Peridots and those with flaws like windowing where light just passes through the centre.

You can purchase a large Peridot weighing over 10 carats for a reasonable price and still get a fine quality stone. There are even gems higher than 50 carats that you can find on the market. It will cost more, but Peridots are still more affordable than the rarer precious gemstones.

Handle your Peridots with care, as they are soft and prone to scratches. To clean a Peridot, use a soft bristle brush dipped in a mixture of mild soap and warm water. Dry it with a soft cloth and keep it in a cotton-filled box. Avoid exposing Peridot jewellery to harsh chemicals, makeup products, sharp objects, and extreme heat.

Are you enchanted by Peridot? Take a closer look here at the current antique Peridot pieces that we have in our collection!