All gemstones by their very nature are precious, but there are some that can command far higher prices than others.

The gemstone industry has traditionally employed the use of the terms “precious” and “semi-precious” simply to separate the big four stones (Diamonds, Rubies, Emeralds and Sapphires) from the rest.

This is largely the result of historic convention. While we know today that rarity or uniquity does not necessarily have any bearing on the definition of a semi-precious stone, for the purposes of clarity and convenience, we’ll stick to the traditional term for this guide.

Let’s have a look at some popular semi-precious stones. 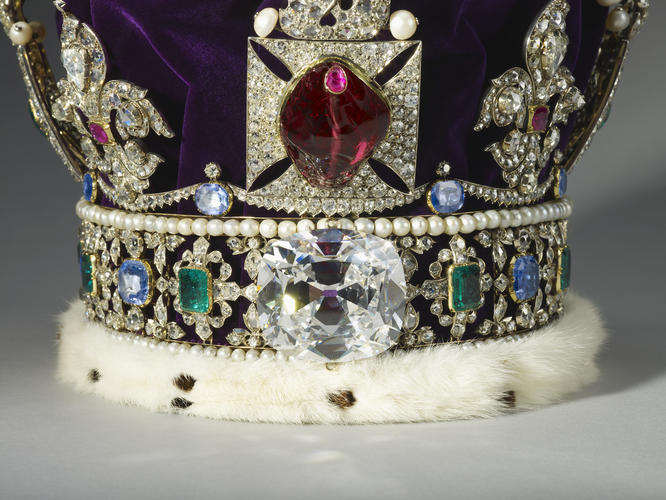 Spinels are infamous for being mistaken as Ruby by European royalty because of its rich redness. However, it's a different mineral from corundum (the mineral origin of Ruby and Sapphire).

Red is the most popular colour, but it also has shades ranging from pink to blue. High-quality spinels are rarer than Rubies and Sapphires, and come from Sri Lanka, Thailand, Cambodia, Myanmar, and Vietnam. This is the birthstone for those born in August. Originally known as Bixbite after Maynard Bixby who discovered it in Utah in 1904, this semi-precious stone is an extremely rare form of beryl and highly prized for its bright red shades.

The only mining area for gemstone-quality red beryl is in the Wah Wah Mountains of Beaver County, Utah. Clarity and colour grade are not as important because of its rarity, with gem cutters opting for carat weight in its cut. An antique Art Deco Necklace with an aquamarine gemstone (Source: Lang Antiques)
The birthstone for those born in March, the Aquamarine is the blue and greenish-blue variant of Beryl, with trace amounts of ferrous iron causing its colour.

This stone has fewer inclusions than most Beryl, leading to its translucent quality. Named after the Latin word for seawater, Aquamarines were believed to protect sailors out in the open sea, as well as to calm waves and purify water. The main source of Aquamarine is Brazil, where the stones are usually light in tone. Due to their rarity, darker and more saturated Aquamarines are the most valuable. The purple variety of Quartz and the best-known purple gemstone, Amethysts' shades range from light lilac to deep purple. The presence of aluminium and iron impurities lends Amethyst its colour.

This stone once equalled the value of Ruby and Emerald until the discovery of large deposits in Brazil. It was also thought to prevent drunkenness!

To avoid scratches and colour fading, it should be stored away from direct sunlight and other gemstones. This is the birthstone for those born in February. 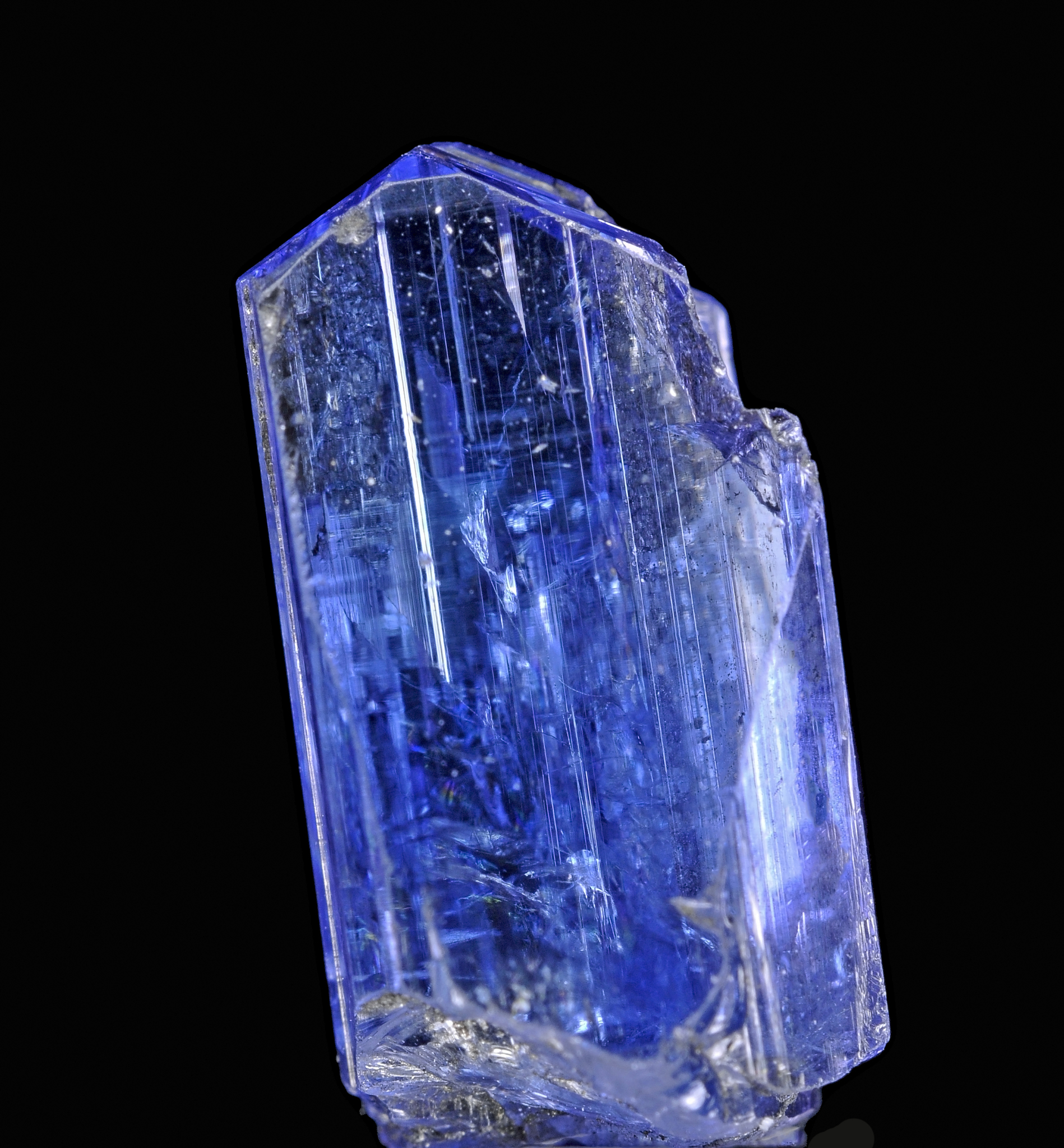 Tanzanite stones contain trace amounts of vanadium in zoisite, giving them their blue colour. It was named by Tiffany & Co. after Tanzania, where it was first discovered in 1967.

This stone can only be found in the Merelani Hills in the Lelatema Mountain, Tanzania. It is pleochroic, meaning Tanzanites display three different colours when viewed through three different crystal directions. The Turquoise stone is an opaque mineral composed of hydrated copper and aluminium phosphate. Its most valued colours are sky blue and robin egg blue.

It was first discovered in Egyptian burial sites 6,000 years ago, and was previously used as a protection amulet. Today, its primary mining sources are the US, China, and Iran. Turquoise jewellery must be maintained and stored carefully to prevent colour alteration. There are two pure forms of Jade: Jadeite and Nephrite. Jadeite is rarer, harder, and brighter; Nephrite, on the other hand, is more durable for jewellery use and carved art.

Jade was used by the ancient Chinese to craft luxury items as well as tools. Today, it is still held in high esteem in China, with the Imperial Jade variety seen as the most valuable. Jades is mined in China, Canada, Myanmar, and Russia. Believed to help in learning and healing, Peridots were first found in pallasite meteors and comet dust. This stone’s dark olive and lime green shades are its most desired colours.

Its primary mining source is Arizona, while bigger and higher quality Peridot is mined in Pakistan and Myanmar. This August birthstone is the yellowish-green variety of Olivine. A set of antique citrine necklace and earrings (Source: Christie’s) The iron traces in Quartz are what gives the crystal this yellow to reddish-orange hue. Natural Citrine is rare, with most modern stones on the market actually being heat-treated Amethyst. This November birthstone is believed to be energising, and is primarily mined in Brazil. An amber is technically not a gemstone in that it’s made of organic material and not mineral. Mostly composed of resin of Pinus succinifera preserved for at least 30 million years, a highly valued amber has visible fossilised inclusions such as plants and insects (think: Jurassic Park).

Its primary source is the Kaliningrad Oblast in the Baltic Sea region. To maintain its quality, avoid contact with solvents, alcohol, heat, and chemicals. Although it's a common stone found just about everywhere on the planet, gemstone-quality Opals are highly prized for their ability to brightly flash multiple colours when light hits it.

Its “play-of-colour” is produced by microscopic spheres of silica that are orderly arranged. Precious opal (those that produce “play-of-colour”) is the most valued type and are extremely rare. Sourced primarily in Australia, Opal is believed to be a stone of power, wisdom, and healing—a fitting birthstone for those born in October.

Opal jewellery should be handled with care as they are softer than most gemstones. Although the red variety is the best-known, the Garnet is, in fact, a mineral group that manifests in an array of colours, which includes green, yellow, orange, purple, and blue. Tsavorite Garnets, meanwhile, are coveted for their rare green shade, and are produced by trace amounts of chromium or vanadium. The Topaz stone is a rare silicate mineral manifesting in a range of colours, including blue, green, orange, yellow, red, pink, and purple. However, its most sought after colours are natural pink, red, and a vibrant reddish-orange called “Imperial Topaz”. The only gemstone produced by living creatures, Pearls can be found in fresh and seawater molluscs. Most Pearls nowadays are farm-grown instead of naturally occurring.

Cream and white Pearls are the most famous, but there are also pink, blue, red, purple, yellow, green, and black pearls. However, big, white, blemish-free, spherical Pearls are the most sought-after type. Considered as a symbol of purity and virtue, real Pearls have a roughness unlike unnaturally smooth faux pearls.