The Real History Behind the Regency Era Jewellery in Persuasion 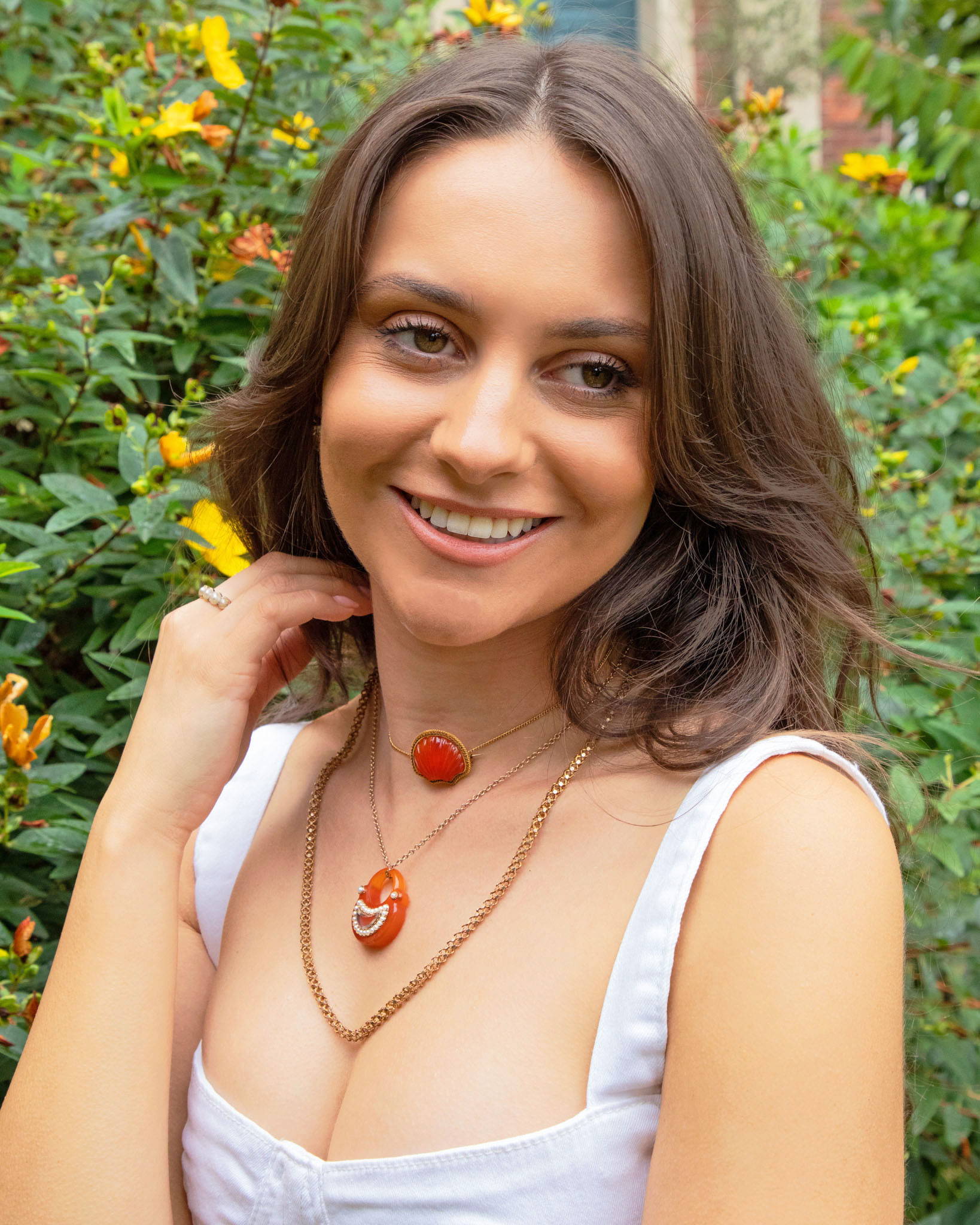 As many readers will be aware, Regency era-mania shows no signs of letting up any time soon. And, quite frankly, we can’t get enough of it either! The latest iteration in this series of Georgian novels is the film adaptation of Jane Austen’s Persuasion, which hit our screens last month. Whilst it may not have impressed all the critics, this adaptation has certainly got everybody talking. 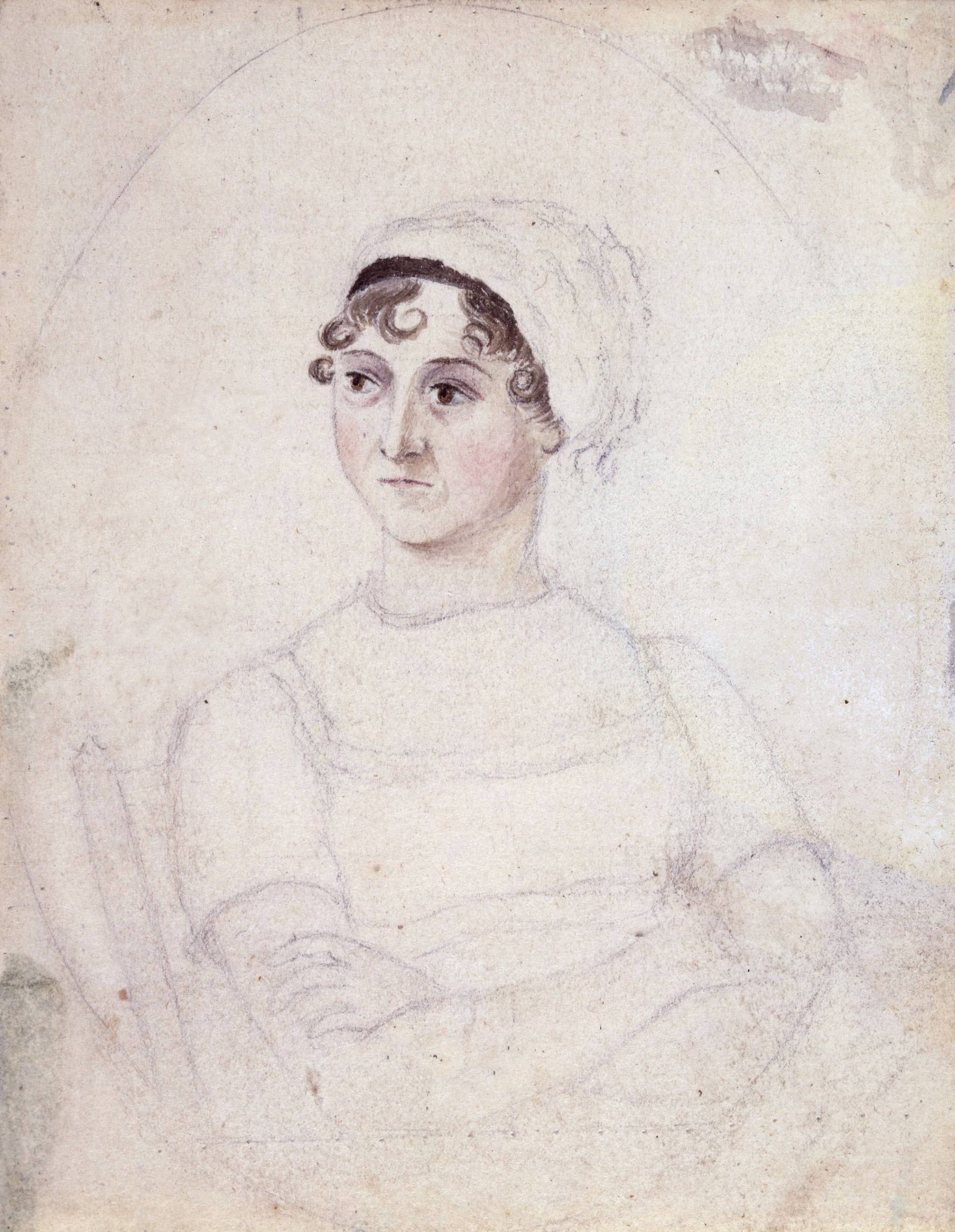 Austen’s last novel, Persuasion follows the character Anne Elliot and the reignition of her love for the naval captain Frederick Wentworth. Brimming with romance and satire, it is a novel which has captivated readers for the past two centuries. But whatever your opinion may be about the film adaptation, it is undeniably a visual feast!

How Historically Accurate is the Jewellery in Persuasion?

There has been much talk about the historical inaccuracies prevalent in the film Persuasion. From the modern side-bangs to the anachronistic phrases, every aspect has been held up to scrutiny by casual viewers and experts alike. But for our purposes, we’re most interested in the jewels, of course.

Jewellery in Persuasion actually plays a rather minor role. Simple and pared back, the lack of accessories in the film are a far cry from the glamorous jewels displayed in the likes of Bridgerton. But which is more historically accurate? Well, contrary to popular opinion, Regency era ladies did in fact wear limited amounts of jewellery. Largely dependent on wealth and social status, however, it was not completely absent from their repertoires. For members of the upper echelons of society, jewellery held a prized position in many ladies’ lives. Inspired by the French, parures (matching jewellery sets) grew in popularity during the Regency era. 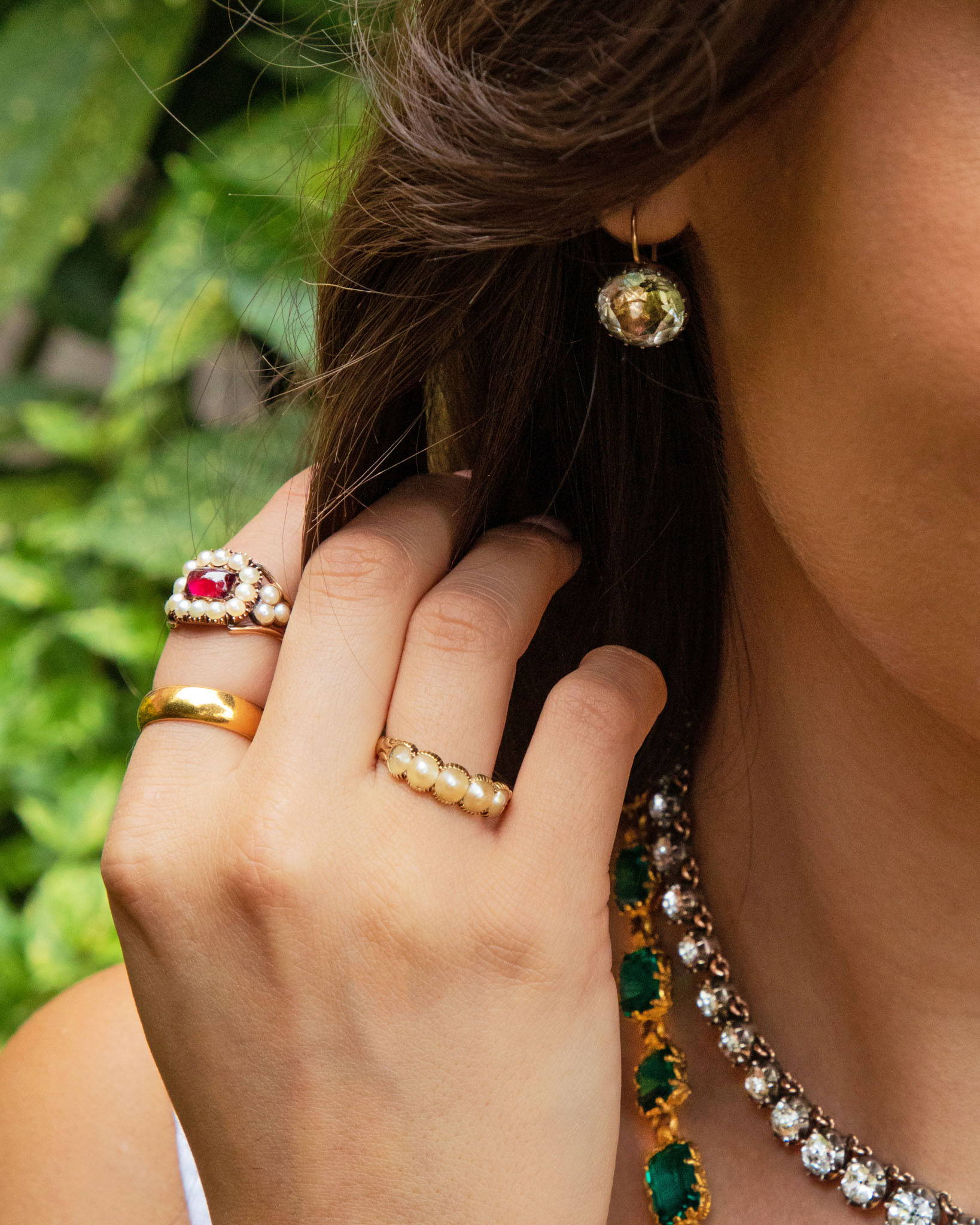 As for the 19th century fashion in Persuasion, the film’s costume designer has discussed how at times she strayed from the confines of the era’s fashions. Infused with a modern twist, the fashion in Persuasion features more daring colours and lower waistlines than would have been the reality.

Empire waistlines galore, Regency era fashion would in actual fact have been peppered with shawls, bonnets, decorative fans, parasols, and bejewelled hairpieces. Of course, the kinds of materials used and the extravagance of these fashions depended on your position in society. 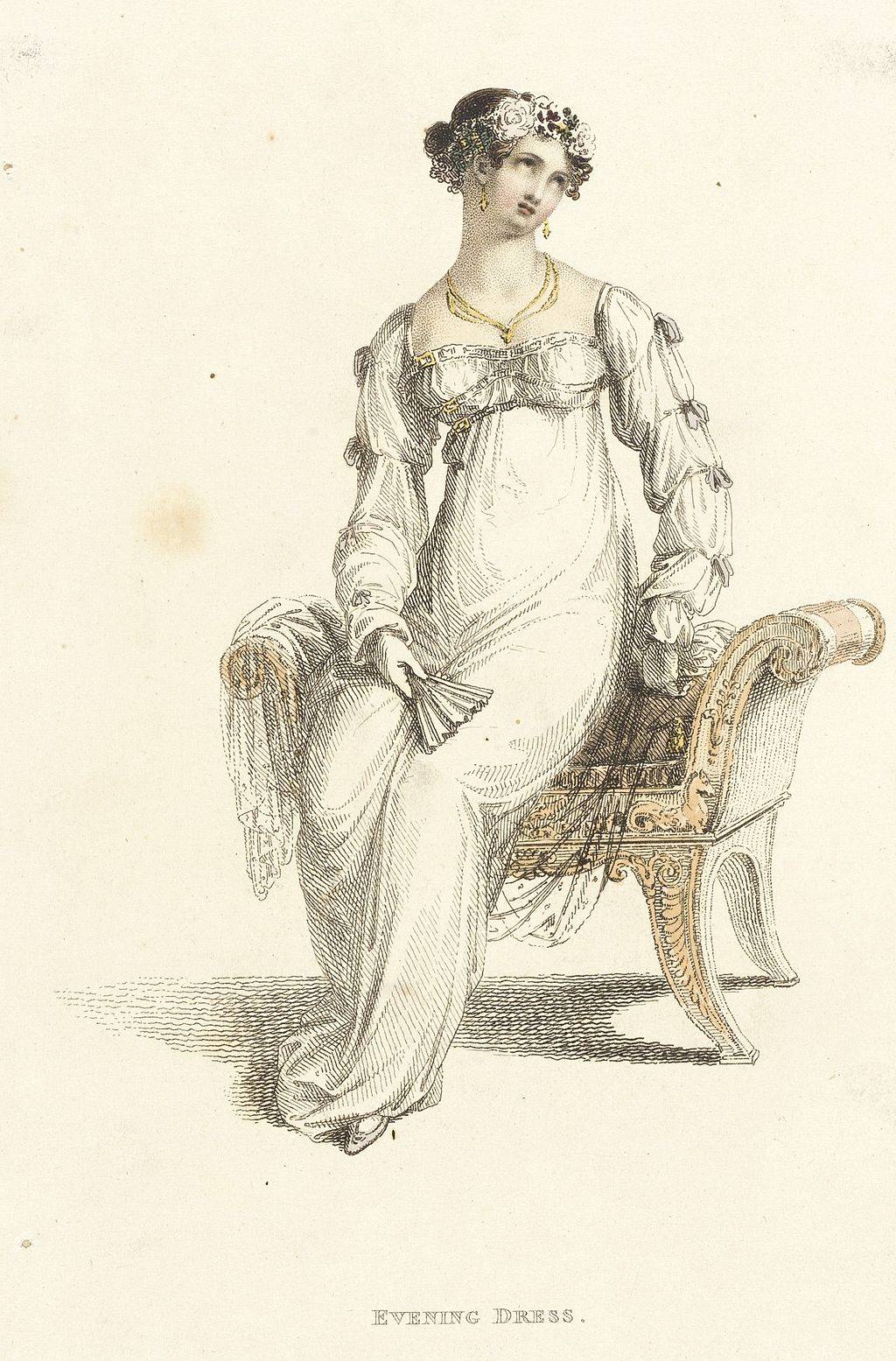 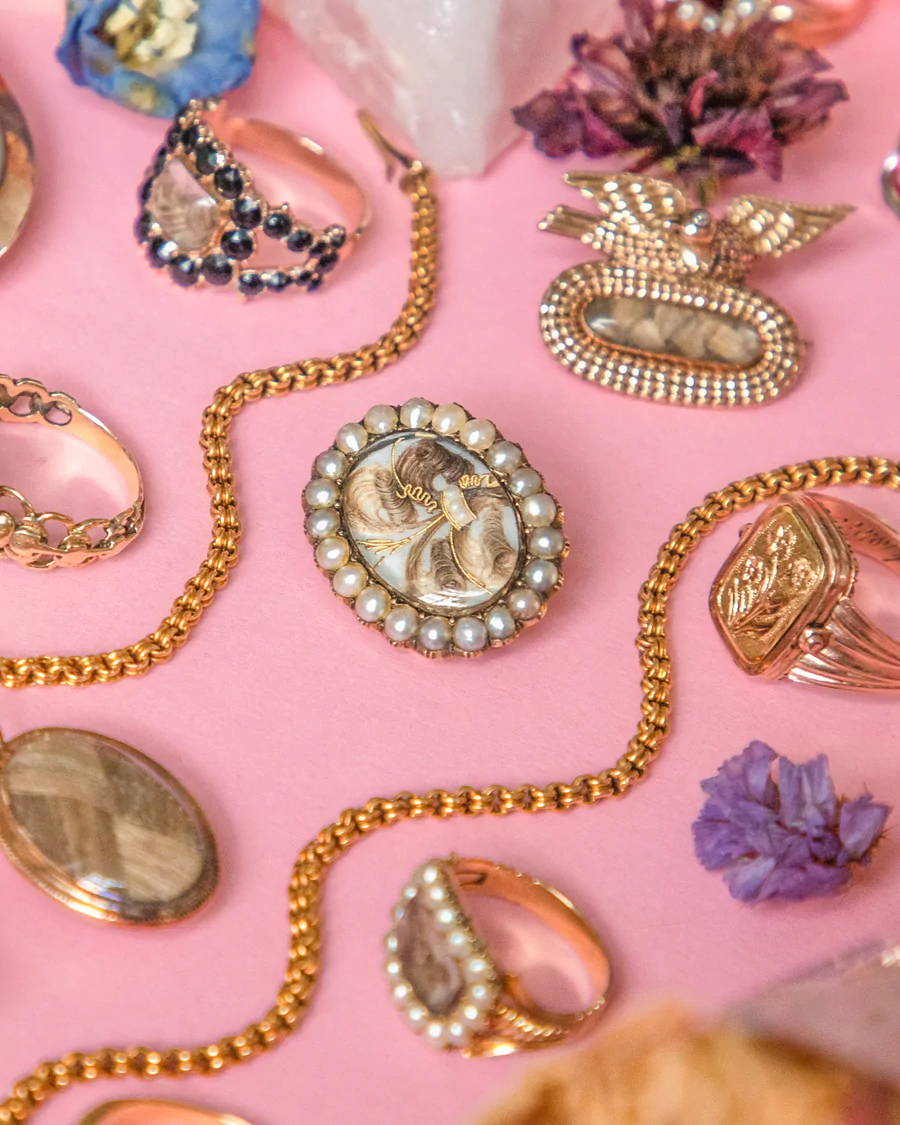 Everything You Need to Know About Regency Era Jewellery 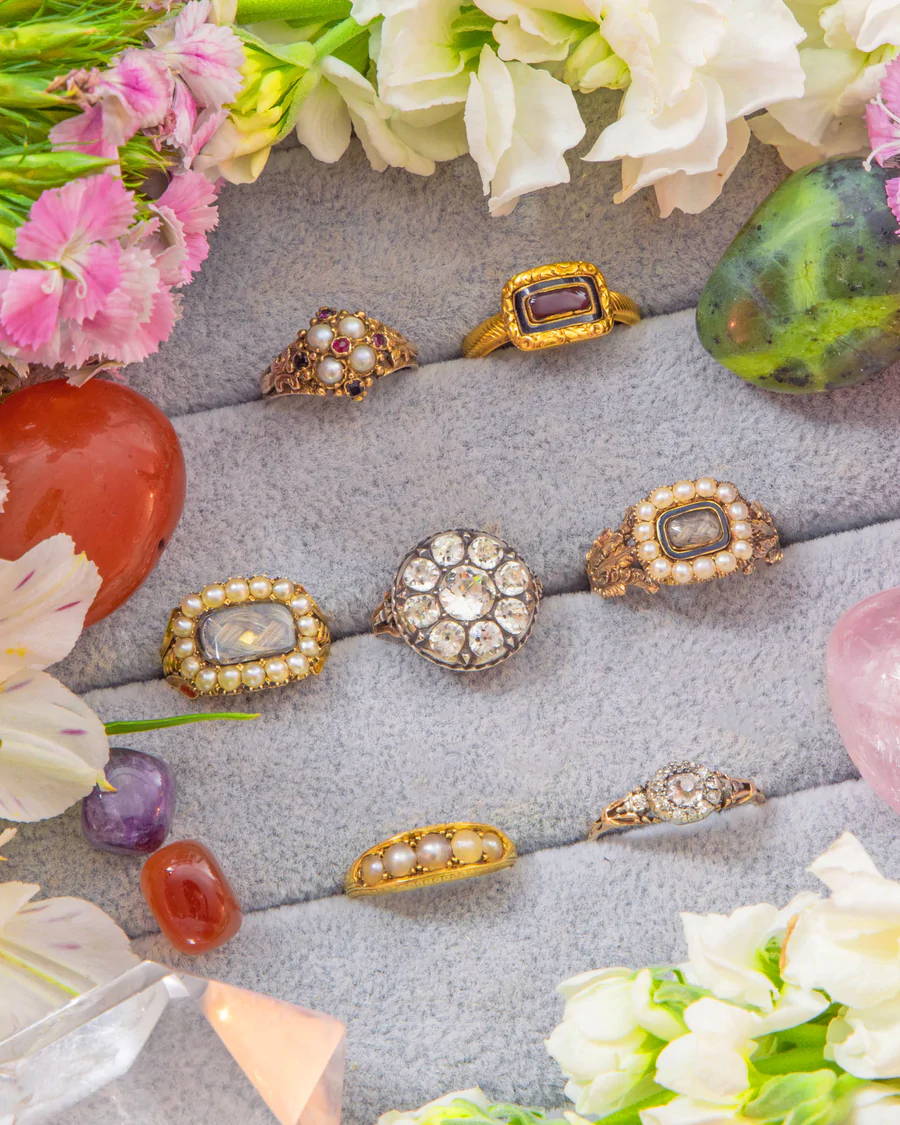 The Secret Language of the Georgians 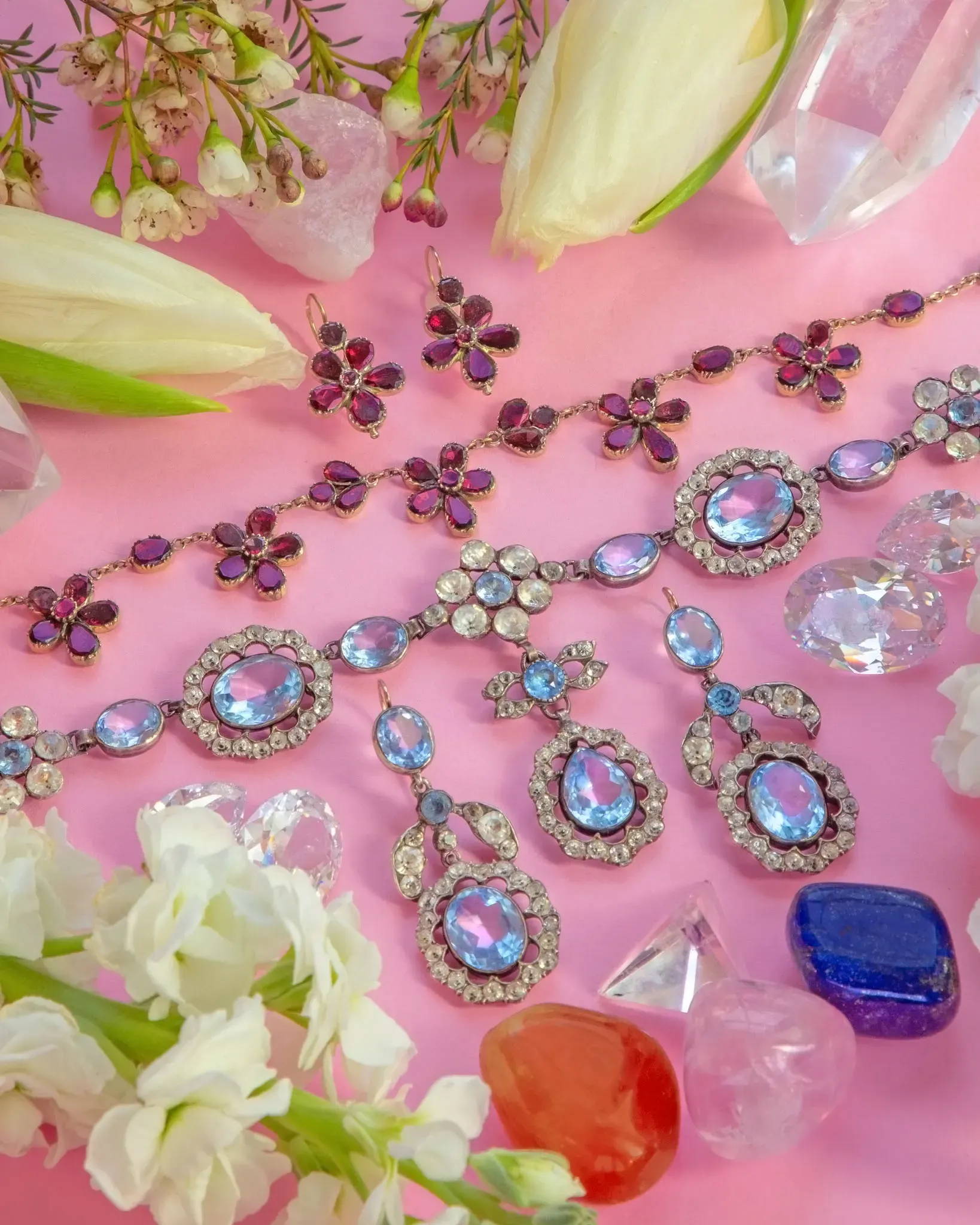 Your Guide to Georgian Jewellery

What Jewellery Would Really Have Been Worn in the Regency Era?

In the film, the character of Anne is rarely seen without a locket around her neck, one framed by a halo of Pearls, encasing a lock of hair inside (believed to be her late mother’s). Certainly, mourning jewellery was all the rage during the Georgian era, so this depiction does ring true for the period. In the early 19th Century, it was commonplace to memorialise a person in this way.

Macabre in theme, mourning jewels were often worn on ribbons around the neck and wrist. Death was a constant in this time period, where disease was rife and life expectancy low. It is therefore no surprise that these themes seeped their way into the jewellery trends of the era. Far from acting as depressing reminders of the inevitability of death, however, memorial jewellery also acted as a sentimental reminder of loved ones, and a consolation for their families in times of grief.

As seen encircling Anne’s locket, Pearls were a favourite gemstone in the Regency era. Alongside the classic natural Pearl which we know and love today, those in the early 19th Century were also fond of Mother of Pearl, also known as the nacre, which is taken from the inner shell layer of a mollusc. Coque de Perle, from the rare East Indian Nautilus shell, was likewise beloved for its iridescence and lustre. Cut Steel often accompanied these materials, mimicking the sparkle of Diamonds in dazzling fashion, for a fraction of the cost!

In one Persuasion scene, we glimpse a cameo portrait brooch affixed to a purple sash belt. Cameo portraits were commonly carved from shells and depicted a scene often inspired by Greek mythology, or a simple portrait. Empress Joséphine of France, the undisputed fashion icon of the Regency period, was frequently adorned with cameos! It is therefore unsurprising that others sought to follow her trends across the continent.

We can’t discuss Regency jewels without a mention of one of our most treasured antique materials, Paste. The ravishing riviere necklaces we associate with regal Regency ladies would often have been crafted with Paste stones, would you believe it. A labour-intensive creation with a provenance dating back to the mid-18th Century, Paste was first created by jeweller Georges Frederic Stras, who crafted a special kind of glass with a high lead content. This resulted in a strong, malleable material which could withstand all manner of cutting and polishing, aiding the conception of much more elaborate jewellery designs. 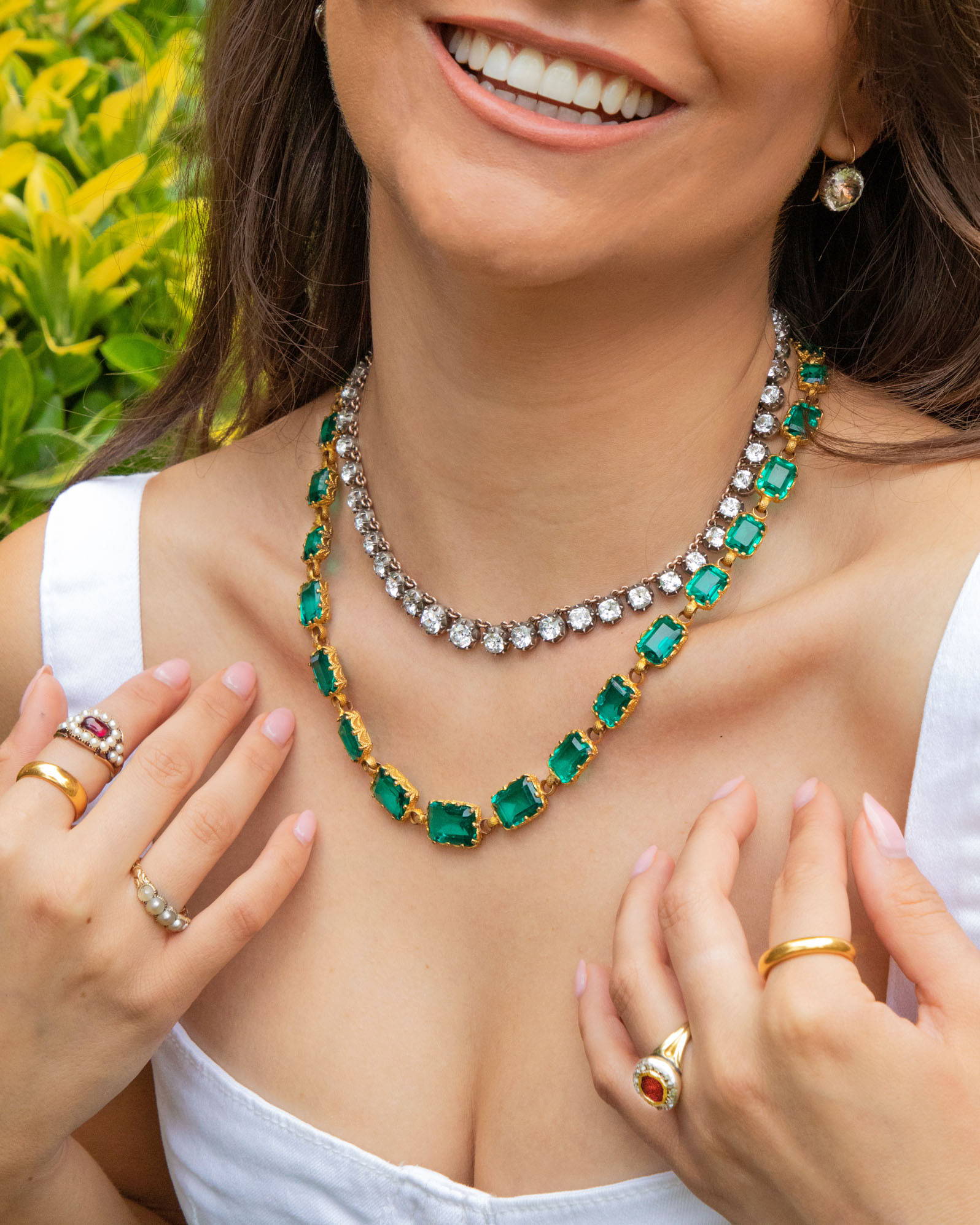 More practical than semi-precious gemstones, Paste, which was commonly foiled to add a touch of fire and colour, made a worthy rival to the precious gemstones of the day. Dearly cherished by French royalty throughout the Georgian era, this is as sure a sign as any that Paste was to be admired!

How To Style Georgian and Regency Era Jewellery

Treasures of the past are bursting with unique character and possess an irresistible charm. Whilst you’d be forgiven for wondering whether a piece of antique jewellery was better placed for a museum than your own collection, we’re here to show you just how easily you can style these beauties.

À la Anne Elliot, you can sport your own halo of Pearls. Pleasingly plump and lustrous, Pearls are some of the most delightful gemstones to incorporate into your repertoire. There’s a reason for their enduring appeal over the centuries! From dainty seed Pearls to characterful Coque de Perle, Georgian jewels truly had it all. Stack your antique Pearl encrusted rings for maximum impact, or even suspend one from a skinny chain to create a unique pendant. 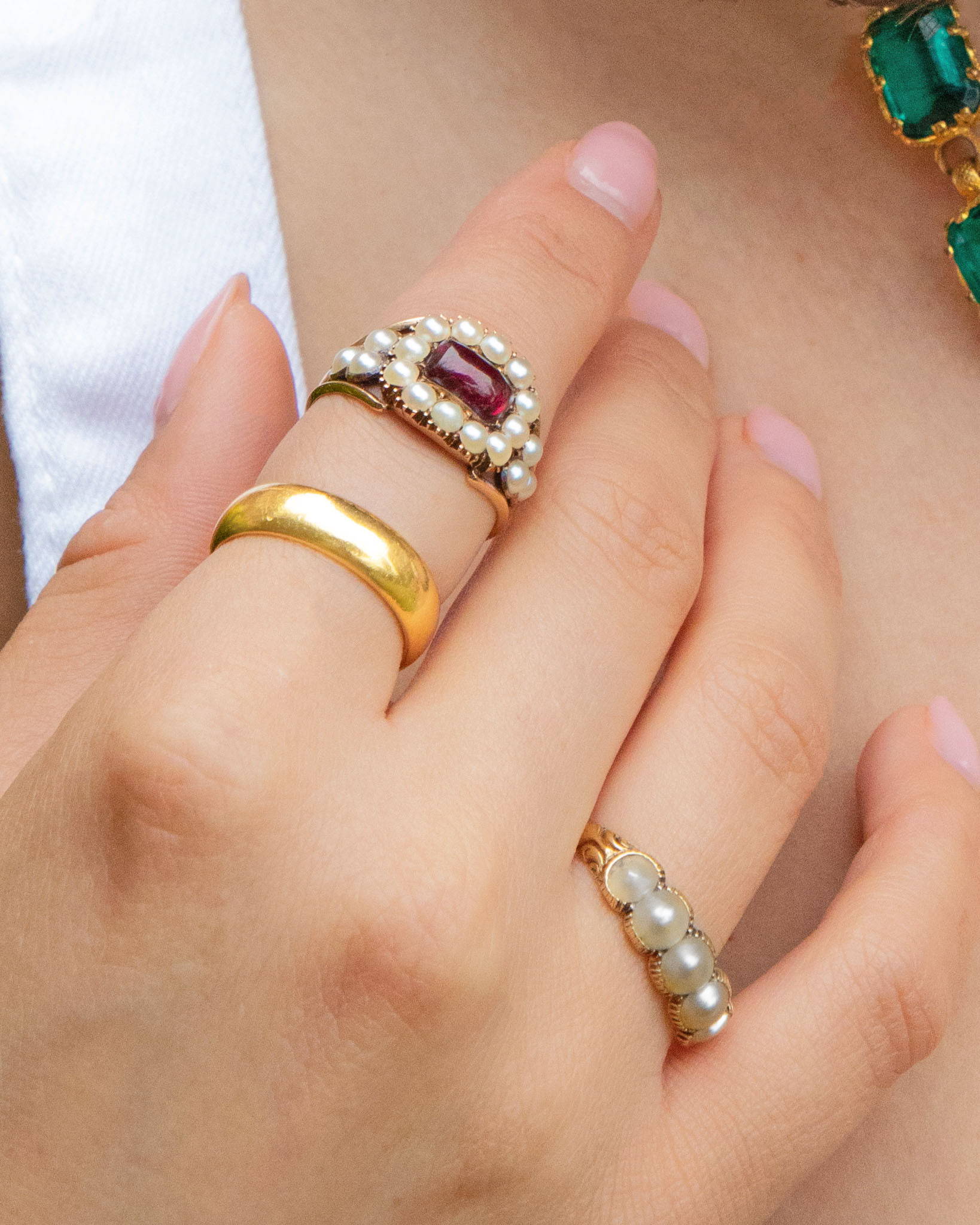 In our opinion, you can never go wrong with a necklace stack, and one composed of Georgian jewellery is certain to take it up a notch. We simply adore vibrant colour coordination, and this Emerald Paste selection proves exactly why! A glittering Regency era Paste riviere would look incredible worn with a silky black dress for an evening dinner. Always a conversation starter, you’ll take a slice of history with you wherever you go. 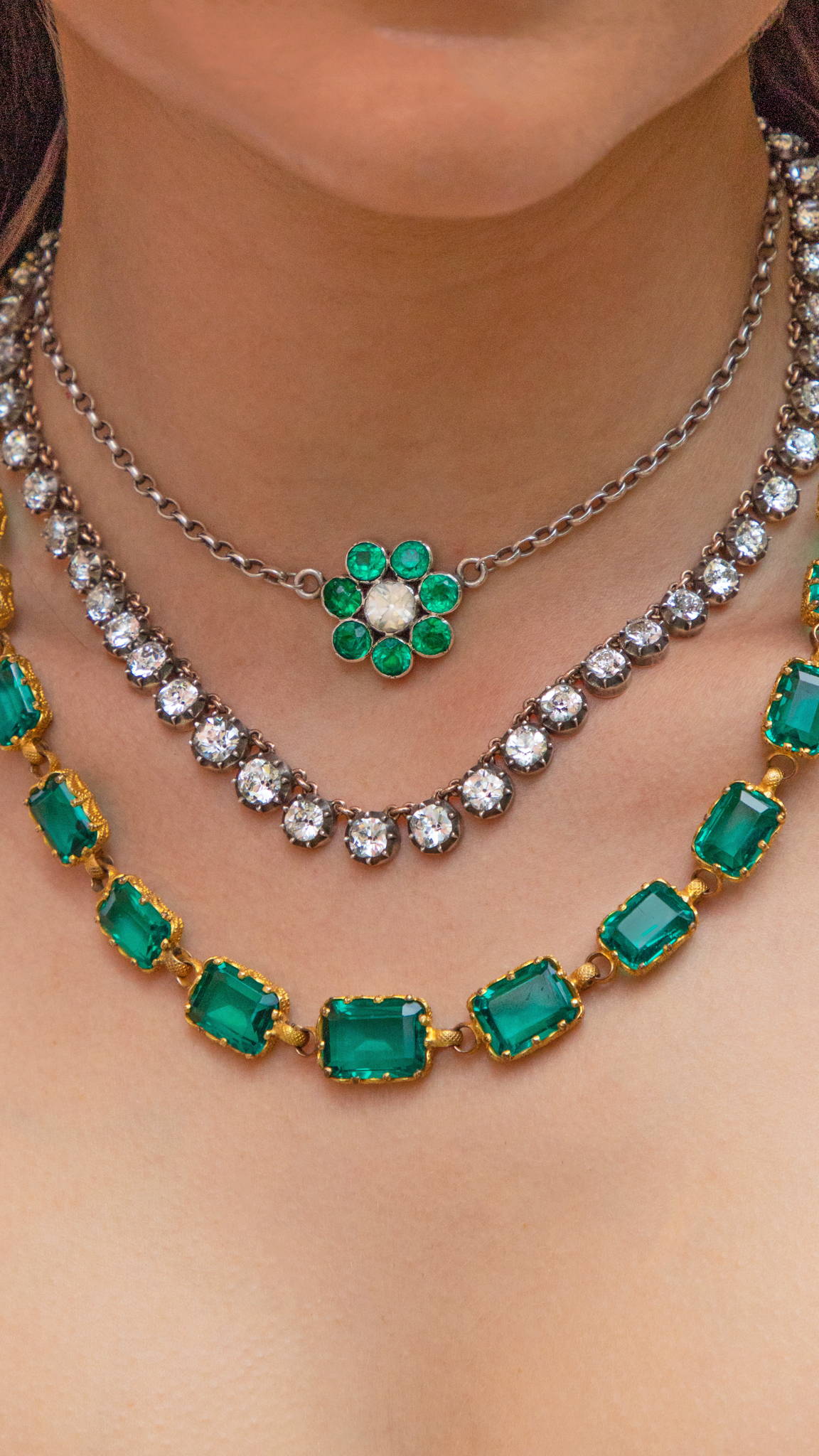 Certain to elevate any outfit, a pop of colour never goes amiss. Fulfill all your tangerine dreams by adding a touch of Coral or Carnelian to your look. Often in brooch form, simply affix your vibrant jewel to a scarf or your favourite blazer’s lapel to bring her into the 21st century. The Regency ladies may have preferred a simple look, but there’s nothing stopping you from layering to your heart’s content. 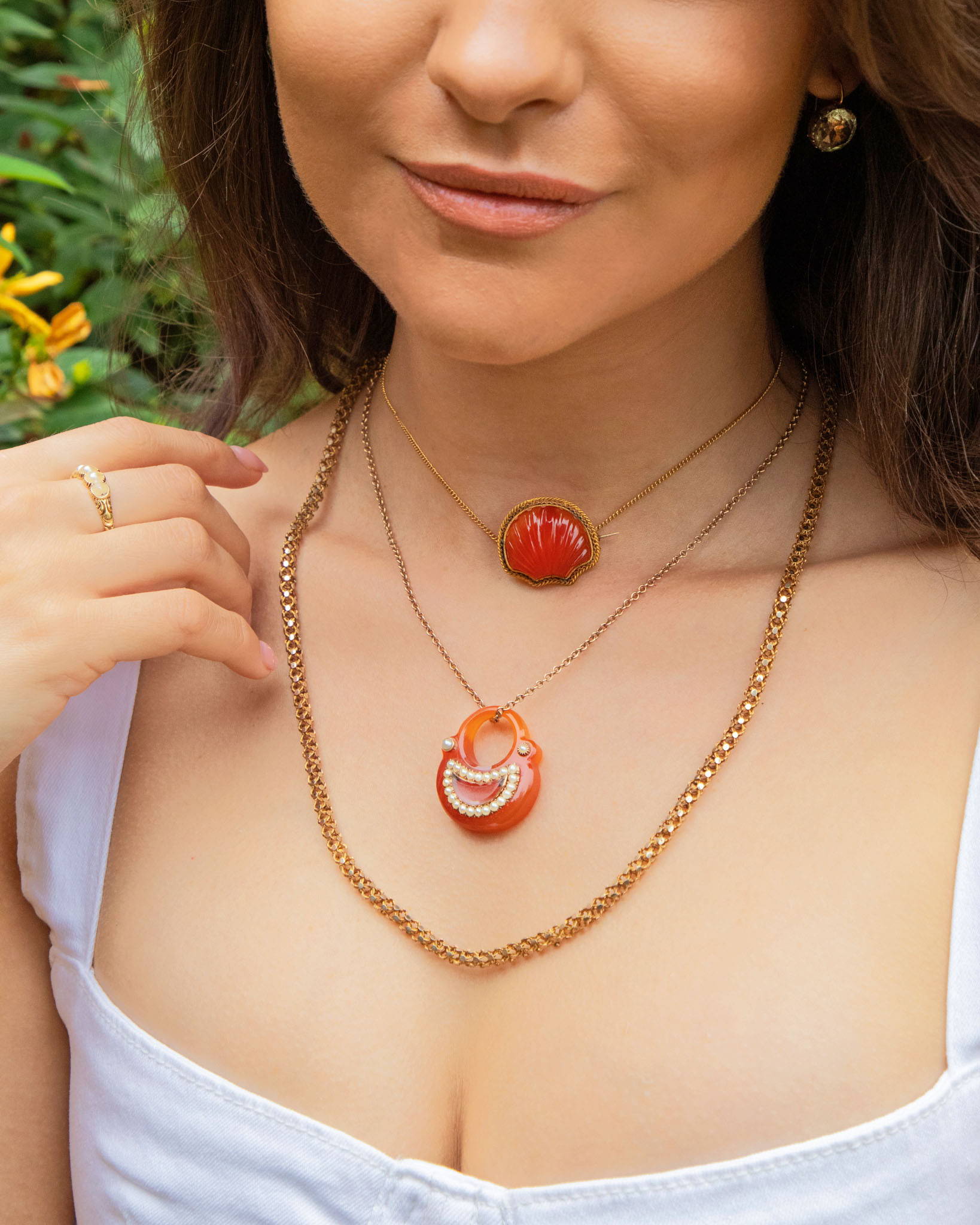 Whilst Persuasion may not be the most groundbreaking nor historically accurate Austen novel adaptation in recent memory, this certainly hasn’t stopped us from falling in love with all things Regency. Any excuse to discuss antique beauties, we believe that the one-of-a-kind jewels from this era deserve their time in the limelight. So whether you take inspiration from Anne Elliot (or perhaps prefer the glamour of Daphne Bridgerton), from antique mourning rings to rivieres, the options are endless when styling your ravishing Regency jewels!

Love this blog? Sign up below for the latest Lillicoco updates!